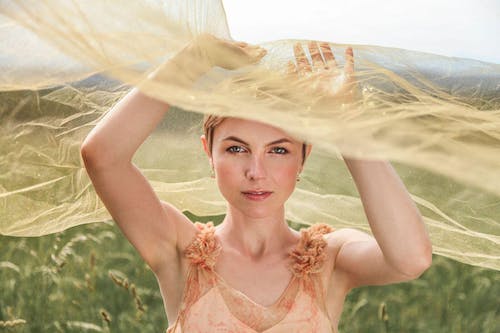 iCal
Google
“[Old Fashioned Gal] is a handsome showcase for her songwriting... nostalgic in tone in tone but clear-eyed in the application.” —NPR Music

Critically acclaimed vocalist and songwriter, actor and dancer, Kat Edmonson has played major stages across the United States, Europe and Japan. She’s appeared in major motion pictures, performed on radio and television, and released four groundbreaking albums to date. Her newest album, Old Fashioned Gal, is out now on Spinnerette Records. Her tour supporting the full-length album continues with major tour stops throughout the U.S.

Of writing Old Fashioned Gal, Edmonson says, “I wrote these songs while holed up in my Brooklyn apartment during the winter of 2016. I had a terrible, reoccurring cold that winter and was often laid up in bed. I’d go back and forth from watching 1930s movies on Turner Classic Movies to working on a song. While writing this album, I realized that I was seeing what looked like scenes from a film in my head—a film not yet made. I ultimately sat down and wrote an entire outline for a screenplay—a musical, of course—with this music, the score. I processed a great deal of self-doubt in order to write this hopeful record. Old Fashioned Gal is about believing in yourself even when it seems no one else will.”

Old Fashioned Gal was entirely written and produced by Edmonson with associate production by band member and drummer Aaron Thurston. It was recorded over several sessions throughout the summer and fall of 2016 at Atomic Sound Studios in Brooklyn with Grammy winning engineer Fernando Lodeiro. This is her third time working with twenty-two-time Grammy-winning engineer Al Schmitt who mixed the record at Capitol Studios in Hollywood.

The album follows Edmonson’s critically acclaimed 2014 release The Big Picture, which debuted #1 on the Billboard Heatseekers, #1 onContemporary Jazz Chart and #2 on the Total Jazz Chart. NPR First Listendescribed the record, “She’s a savvy student of ‘60s film soundtracks, jazz-pop stylists and Brill Building songcraft.” Her 2015 performance on “CBS This Morning: Saturday” garnered the program’s highest rated viewership since 2006. She recently appeared in Woody Allen’s Cafe Society as a 1930s jazz singer and is highlighted on the official soundtrack performing her version of “Mountain Greenery.”

2012’s Way Down Low was described by The New York Times as “fresh as a spring bouquet” while The Boston Globe’s Steve Greenlee heralded it as “one of the greatest vocal albums I’ve ever heard.” The record debuted at #1 on the Billboard Heatseekers Albums Chart and was featured on several major year-end lists including Downbeat Magazine, WNYC Soundcheck’s “Best Live Performances” and Daytrotter’s “Best Sessions of 2012.” Edmonson was featured on NPR an impressive five times that same year.