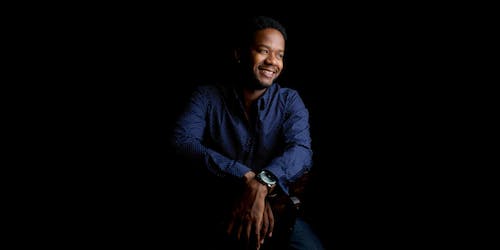 Ben Williams an internationally acclaimed bassist, Grammy Award winner, New York-based composer/arranger, educator and Concord recording artist is best remembered in his hometown of Washington, DC as a musical prodigy and is no stranger to The Hamilton Live stage. He last made an appearance with his band, Sound Effect, at the DC Jazz Fest in June 2016 to a sold out audience, appearing in a double bill with violin extraordinaire, Regina Carter. Williams has been playing the bass for over 20 years now, a craft he honed while growing up in a single-parent household along with his brother in the Northeast communities of Michigan Park, Woodridge and Brookland, and while attending DC Public Schools at Shepherd Elementary, Fillmore Arts Center/Hardy Middle School and the Duke Ellington School of the Arts. He eventually obtained his undergraduate degree in Music Education from Michigan State University and a Master of Music at The Juilliard School.

Williams expresses much pride when talking about his upbringing and his childhood musical achievements and learning experiences that he received from DC’s greatest local art teachers and instructors like Fred Foss, Davey Yarborough, Carolyn Kellock, Mike Bowie, James King, Nasar Abadey, Allyn Johnson, and of course the late Keter Betts. By ages 15 and 16 he had become a two-time winner of the Fish Middleton East Coast Jazz Festival National Scholarship Awards Competition directed by the late Ronnie Wells. At the age of 20, he won the 2005 International Society of Bassists (ISB) Jazz Competition.

Williams attributes his success largely to the musical and culturally rich local DC music scene, performing at venues such as Bohemian Caverns, HR-57, Twins Jazz, and Cafe Nema. He was awarded 1st prize at the 2009 Thelonious Monk Institute of Jazz International Bassist Competition, which included a record deal with Concord Music Group. He went on to release his debut album, “State of Art” in June of 2011, and subsequently, in April 2015, released his sophomore album, “Coming of Age.” Each album scored high on the National Billboard charts, making it to #1 on iTunes on the first day of release and earned a 4.5 star review in DownBeat Magazine.

Williams’ most recent release, “Coming of Age” moves affirmatively to assume the mantle of leadership in contemporary music. He says, “it is a reflection of his growth not only as an artist, but as a human being.” Since his first album he says, “I have done a lot of soul searching” contending that, “this new release represents the changes in my life both internally and externally.” “Coming of Age,” Williams adds, “is a statement of how my musical generation has grown and my peers and I have developed as individuals and collectively as a community.”

Keeping with the momentum of becoming a “rising star”, he was voted “Rising Star” bassist in the 2013 & 2015 Downbeat Critics Poll Awards, was named 2013 “Breakthrough Artist of the Year” in jazz by iTunes and in 2012, received the “Up and Coming Artist of the Year” Award by the Jazz Journalists Association (JJA).

In 2009, he formed his own band, “Ben Williams & Sound Effect” and began touring nationally and internationally. In a relatively short career span, he has performed and/or recorded with a studding array of musical greats including Pat Metheny, George Benson, Terence Blanchard, Benny Golson, Herbie Hancock, Stefon Harris, Wynton Marsalis, Jacky Terrasson, Pharrell Williams, Jose James and many others.

In 2012, Williams joined the Pat Metheny Unity Band, touring extensively across the globe performing nearly 300 concerts in over 30 countries. As a member of the group he received a Grammy for Best Instrumental Jazz Album. Says Williams, “Pat has had a great influence on my writing and arranging. He is one of the greatest composers alive. Seeing him work behind the scenes is unbelievably amazing. He is an incredible genius in every aspect of his leadership and operational methods. I aspire to become the type of leader he is. He pushes you beyond what you think your limit is.”

Ben Williams recently made his movie debut, appearing on screen alongside Don Cheadle in the Miles Davis biopic, “Miles Ahead.” In April 2016, he received an invitation of a lifetime to join a star-studded group of stellar artists to perform at the White House for President and First Lady Barack and Michelle Obama who hosted the 2016 Annual International Jazz Day Concert sponsored by the Thelonious Monk Institute of Jazz and UNESCO that was aired on primetime ABC TV.

Eric, Bhagwan, and Alphonso are educators with advanced degrees in Music History, African American Music, and Jazz Performance. They frequently give clinics on music history, jazz, and the relationship between the spirituals/gospel, blues, and jazz. Because of their immense knowledge of music, commitment to music education, and ability to teach diverse and international audiences, they have been sponsored by the Untied States Embassy as Kennedy Center/U.S. State Department Jazz Ambassadors touring South America, Central America, the Caribbean, Eastern & Western Europe, and the Middle East. The Trio has also delighted audiences across the globe at the historic Montreux Jazz Festival and in Bolivia, Chile, Colombia, Dubai, Estonia, Honduras, Italy, Peru, Scotland, and Trinidad and Tobago.