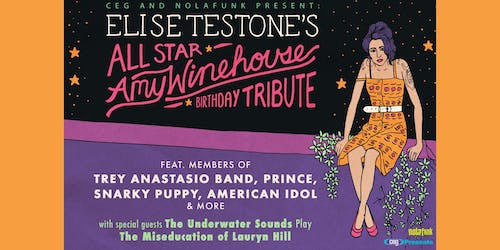 About The Underwater Sounds:

The band has performed with many of their favorite influences including Snarky Puppy, Groundation, John Brown's Body, Giant Panda Guerilla Dub Squad, The Skints, the Slackers, Pimps of Joytime, and the Easy Star All Stars.

In 2015, the band won the PHL Live Competition (Philadelphia) in the World Music Category, and was invited to City Hall to receive an award acknowledging their contribution to Philadelphia's music history. In 2018 the band emerged from a 2 year hiatus and has since kept busy readying a new EP and tending various side projects including Sonni Shine, PanSong, Miss Cantaloupe, and Nik Greeley & the Operators.