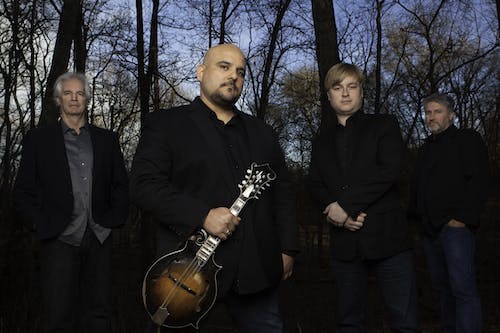 Man About a Horse

With chops so hot, Frank Solivan & Dirty Kitchen were named IBMA’s 2016 Instrumental Group of the Year for the second time, with a third nomination in 2017. Their critically acclaimed album Cold Spell earned a 2015 GRAMMY nomination for Best Bluegrass Album of the Year, yet the accolades don’t end there.

Since leaving the cold climes of Alaska for the bluegrass hotbed of Washington, D.C., Frank Solivan has built a reputation as a monster mandolinist — and become a major festival attraction with his band, Dirty Kitchen. Their respect and deep understanding of the tradition collides, live on stage, with jazz virtuosity creating an unforgettable, compelling performance.

MAN ABOUT A HORSE 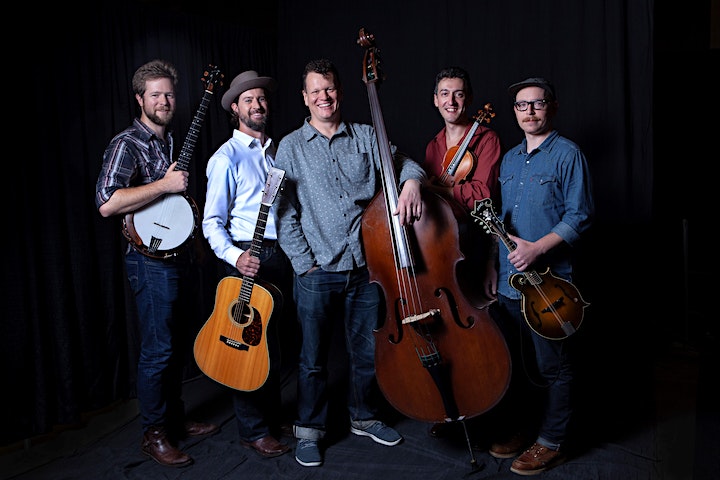 Man About a Horse’s first full-length album debuted at #11 on the Billboard Bluegrass Chart in 2017, earning praise from Bluegrass Unlimited, British Bluegrass News, and others. The band notched its first position on the Bluegrass Today radio chart in 2018. They’ve performed at festivals and in venues around the U.S., sharing the stage with Old Crow Medicine Show, Cabinet, Danny Barnes, Hot Buttered Rum, Wood & Wire, Donna the Buffalo, and many more.

A chance meeting and discovery of a shared love of bluegrass by co-founders Matt Thomas (bass) and Matt “Roy” Royles (guitar and vocals) led to the formation of the band in 2014. In addition to Thomas and Royles, Man About a Horse is: Dan Whitener (banjo), Matthew Hiller (mandolin), and Eric Lee (fiddle).