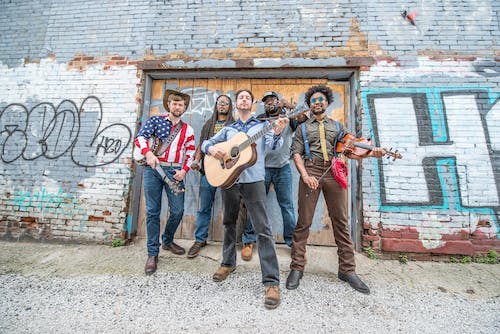 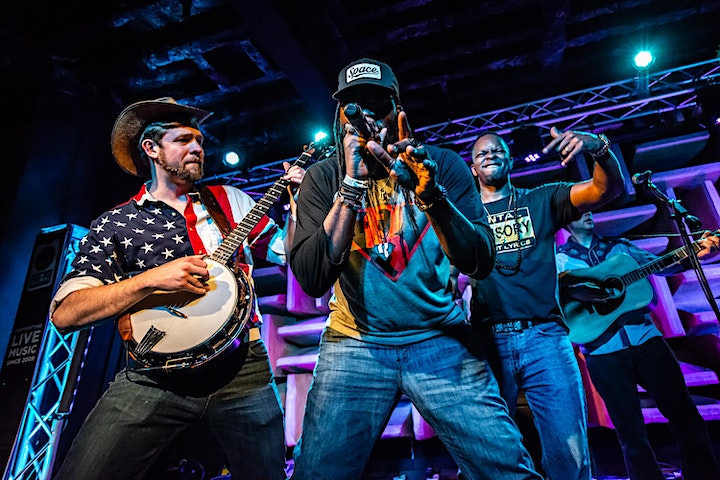 Blending bluegrass and hip-­‐hop may seem like an unlikely recipe for success, but don’t tell that to Rench, the mastermind behind the Emmy-­‐nominated bluegrass/hip-­‐hop outfit Gangstagrass.

Back when Rench was in grade school, recess was a time for breakdancing on cardboard to RUN-­‐DMC. But at home, his parents were playing Willie Nelson and Johnny Cash records on the stereo. That musical mash up made a lasting impression on Rench, which he finally put to good use after spirited him on a journey to play country-­‐flavored hip-­‐hop at venues all over the globe.

After settling in Brooklyn, Rench started recording MCs at Rench Audio Studios, his home studio. The rappers may have thought their sessions were finished, but Rench continued to experiment, combining the vocal tracks with samples of bluegrass, blues, and electronic beats. The result was a genre-­‐demolishing blitz called Rench Presents: Gangstagrass. When it became available as a free download on the internet, people took notice fast.

It started with a posive mention on the influential blog BoingBoing.net. The acclaim earned Gangstagrass hundreds of thousands of downloads and an intense underground buzz was created. But that wasn’t the end of it. 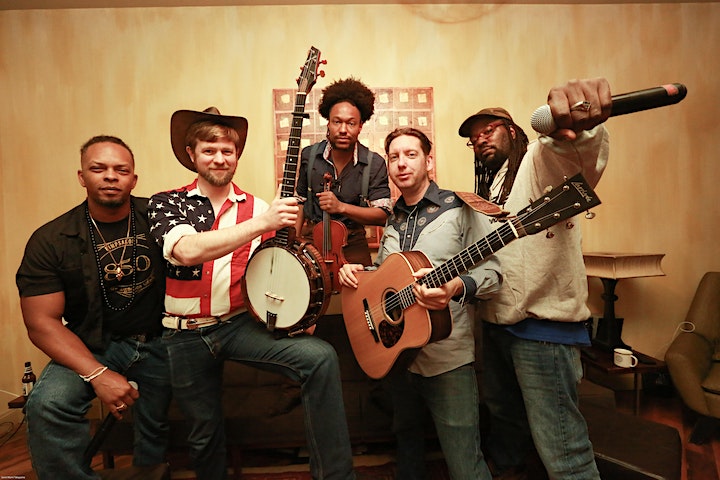 The executives at FX Network also liked what they heard and licensed a Gangstagrass track for use on a commercial for their new western crime series, Justified, starring Timothy Olyphant. Eventually, they asked Rench to create an original theme song for the show, so Rench brought in bluegrass session players to lay down an original track for rapper T.O.N.E-­‐z, the younger brother of early hip-­‐hop legends Special K and T-­‐LaRoc.

The resulting track was “Long Hard Times To Come” and it has opened every episode of the TV series since it premiered in March 2010. The same cast of musicians was later used to record the first official Gangstagrass album, “Lightning On The Strings, Thunder On The Mic.”

FX licensed “Give It Up,” another Gangstagrass track with T.O.N.E-­‐z, to promote the second season of the show. That exposure boosted album sales, created tens of thousands of Gangstagrass facebook fans and set the stage for the band’s second effort Rappalachia. As Rench explains: “The record is a shout out to Appalachia, the cradle of bluegrass culture. It’s rooted in the sounds of traditional mountain music and presents Gangstagrass as a band with independent existence, not just one sound tied to a TV show.” All told, Rappalachia fortified both the hip-­‐hop and bluegrass sides of the Gangstagrass equation, taking the music to a whole new level of intense urban twang.