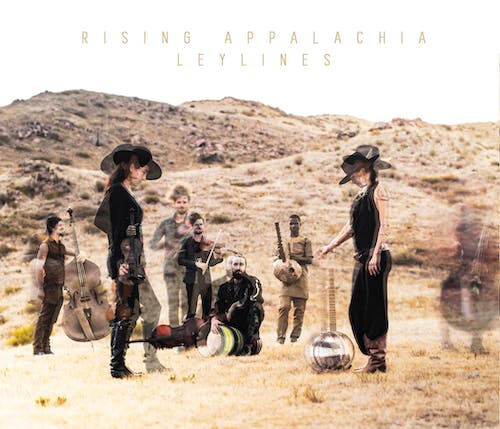 As world travelers for nearly two decades, Rising Appalachia have merged multiple global music influences with their own southern roots to create the inviting new folk album, Leylines. Remarkably the band has built its legion of listeners independently -- a self-made success story that has led to major festival appearances and sold-out shows at venues across the country.

Founded by sisters Leah and Chloe Smith, the band established an international fan base due to relentless touring, tireless activism, and no small degree of stubborn independence. However, for the first time, they opted to bring in a producer for the new album, teaming up with the legendary Joe Henry on the sessions. These were also their first recording sessions outside of the South. For 10 days, all six band members lived and recorded in a castle-like studio in Marin County, California, overlooking the Pacific Ocean. As a result, a sense of unity and immediacy can be heard throughout their seventh album, Leylines.

“As far as recording goes, we’re open creatively, but we’ve often preferred elements of live recording. I mean, we’re folk musicians at our core,” Leah explains. “The experience of playing music together in one room, looking at each other, is the bedrock of what we do and how we’ve grown up with music. I think Joe very much felt that way as well. He was very clear at the beginning that he was going to encourage us to have as many element of a live recording as possible.” 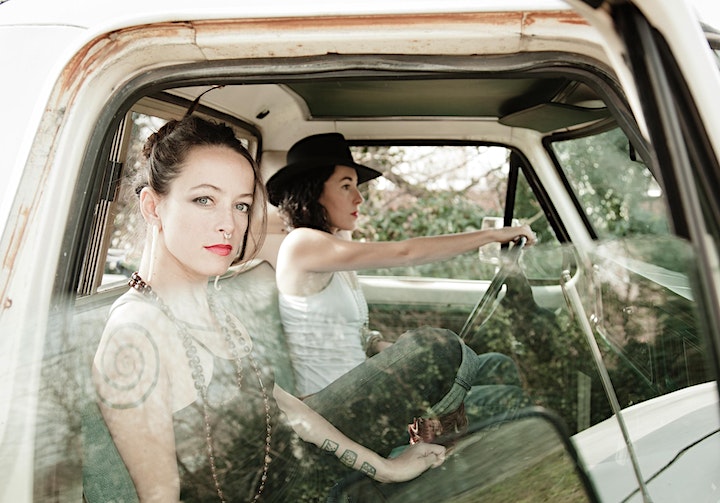 "Our songwriting ties into those traditions as well,” Chloe says. “With some of our original songs, it’s a reflection of the times. We’re folk singers and we consider this a folk album, so there’s a lot in there. There’s word of politics, of being women in the music industry, as well as a lot about our lives on the road.”

Indeed, Rising Appalachia has toured British Columbia by sailboat, traversed the U.S. and Europe by train, and engaged in immersive cultural exchange programs in Bulgaria, Ireland, Southern Italy, Central and South America – not to mention the countless miles in a van. Tour highlights include: Hardly Strictly Bluegrass in San Francisco; Music Hall Williamsburg in Brooklyn, New York; Boulder Theatre in Boulder, Colorado; and the Showbox in Seattle, Washington. The band consistently sells between 400 and 1500 tickets wherever they play, a testament to their loyal fan base.

Leah and Chloe grew up in urban Atlanta as the city’s hip hop scene began to flourish. They absorbed those rhythms through the music they heard at school, then traveled with their family to fiddle camps all across the Southeast on the weekends. The young girls weren’t all that interested in the old-time playing, but their parents were incredibly devout in their study and practice of Appalachian music.

After high school, Leah decided to postpone college and travel internationally. Feeling homesick while living in Southern Mexico, she looked for a connection to her past and taught herself how to play banjo. “I realized that I wanted something from home that I could share, something that would tell people a bit more of the story of where I came from, other than the news,” she recalls.

A few years later, when Chloe came to visit her abroad, Leah offered some clawhammer banjo lessons. They didn’t necessarily realize it at the time but a musical partnership had been established. Upon their return to the United States, they recorded an album, which they considered an art project, to sell whenever they sang at farmer’s markets. They printed 500 copies, figuring that would last them a lifetime. However, when a local college professor heard them singing at a Christmas party, he booked them as part of a Celtic holiday concert in Atlanta. After two performances, every CD had been sold.

Surprised and overwhelmed, they mulled over a career as full-time musicians, then realized that performing could be just one component of a greater overall vision – one that includes advocating for social justice, racial justice, environmental justice, and Indigenous rights.

“We’re able to filter in so many of our passions into this project,” Chloe says. “We do a lot of activism work. We do a lot of outreach. Leah is a visual artist and she can funnel her visual eye into the project. I love to write, so that comes in. There’s a big container and canvas for our life’s work here. Music is part of it, but there are a lot of other creative vehicles that are driving Rising Appalachia.”

Special guests on Leylines include folk hero Ani DiFranco, soulful songwriter Trevor Hall, and jazz trumpeter Maurice Turner. The album title alludes to the concept of invisible lines believed to stretch around the world between sacred spaces, bonded by a spiritual and magnetic presence. That deep sense of connection is key to understanding Rising Appalachia as a whole.

“Rising Appalachia has come out of this idea that we can take these traditions of southern music – that we’ve been born and raised with – and we can rise out of them, creating all these different bridges between cultures and stories to make them feel alive.” Leah says. “Our music has its foundation in heritage and tradition, but we’re creating a music that also feels reflective of the times right now. That’s always been our work.”

Raye Zaragoza is an award-winning singer-songwriter who carries an acoustic guitar and a message. Her quiet yet powerful song “In the River,” written in response to the construction of the Dakota Access Pipeline near the Standing Rock Sioux reservation in North Dakota, resonated strongly with listeners and went viral in late 2016, garnering half a million views on the video, national media coverage, and a Global Music Award and Honesty Oscar.

Raye’s debut album, Fight For You (independent, 2017), displays her compassion, dedication to justice and equality for all, and keen eye for the seemingly small daily moments that become our most meaningful memories. About the record, Raye says, “This album is about finding yourself and finding your voice. It’s about maturing and realizing that you can make a difference if you so choose.” 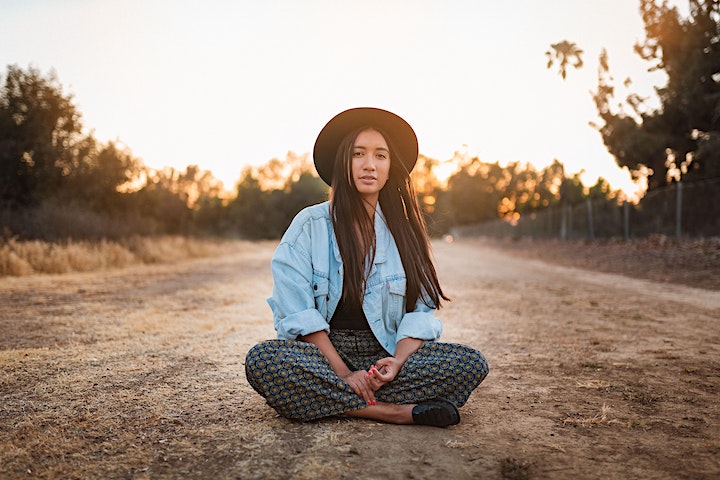 Writing about social issues comes naturally to Raye. "As a woman of color in America, social issues are things you deal with and see every day of your life," she says. "I write about my experience and oftentimes my existence has been laced with injustice."

Raye performs her music all over the United States as well as across Europe, where she spent five weeks touring in summer 2017. Her music has been featured on Billboard and Democracy Now! and on numerous lists of the best modern-day protest songs, including those by Paste Magazine, What Culture, and Overblown. She has also performed live sessions for Paste, Daytrotter, and FNX.

At SXSW 2018, Raye spoke about her loyal fanbase and maintaining an independent career on a panel entitled "Serving the Sacred Bond" hosted by PledgeMusic. This summer, she joined Dispatch and Nahko and Medicine for the People on their Summer Tour, which included dates at Red Rocks and two nights at Central Park Summerstage.