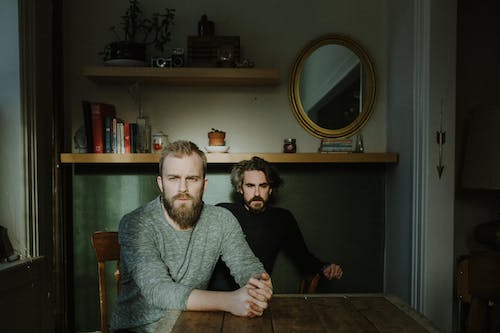 Before they were The Bros. Landreth, Joey and Dave were only looking for a good excuse to spend a little more time together. They had spent their respective early years backing up other artists and touring the world as hired musicians until one particularly long and challenging tour prompted Joey to call his older brother with a simple proposal. “When I get home, let’s sit down and make some noise together” would be the call that would be the turning point – seeing them focus on their own roots rock sound that went on to be celebrated on their acclaimed debut album, Let It Lie.

Originally released in their hometown of Winnipeg in 2013, Let It Lie was re-released in 2015 after signing a record deal with Nashville-based Slate Creek Records. The album received widespread acclaim, won multiple awards including a JUNO, and propelled the band to play over 400 tour dates around the world. A Rolling Stone review praised the band’s “quiet storm of slide guitar solos, blue notes, three part harmonies”. Lifelong musical hero, Bonnie Raitt, was equally impressed after catching the band’s set, saying "I haven't liked a band as much as The Bros. Landreth in a long time. To hear this kind of funky, southern style rock played with such originality and soul will knock you out."

Then, the band went on a hiatus. A break afforded Joey Landreth the opportunity release and extensively tour his debut solo album Whiskey in 2017, furthering his reputation for being a first-rate guitar slinger, songwriter, and performer in his own right. Joey’s booming solo career might have delayed the timeline for the brothers, yet they never stopped writing songs that would eventually be recorded for their long awaited, follow-up release. “The time off that we took between touring Let It Lie and coming back together to make this next album was really difficult.” Dave says. “It was tough, but we needed to do it. Being away from each other gave us some really valuable perspective. It let us realize just how important and deeply satisfying it is for us to make music together and that’s something that we won’t soon forget.”

Teaming up in studio with drummer Ryan Voth, guitarist Ariel Posen,and longtime producer Murray Pulver, the soon to be released album is an exciting evolution of the band’s sound, honed by thousands of hours on stage and filtered through the lens of the last many years on the road. “We’ve got hundreds and hundreds of shows and thousands and thousands of miles under our belts. This next record has a confidence that we didn’t have - couldn’t have with the first.”

The Bros. Landreth’s journey took some unexpected turns,but ultimately reaffirmed two brother’s earnest desire to make honest music together. Slated for release fall of 2019, the follow up album is called ’87, a nod to the real beginning of the band; the year they became brothers.