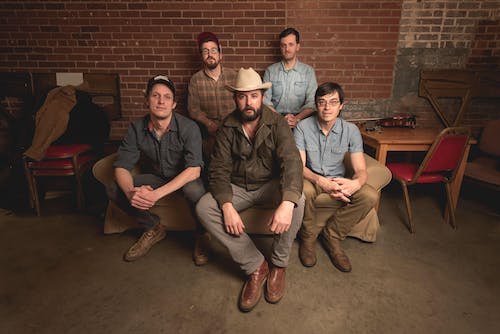 Raw, soulful, and with plenty of swagger, Town Mountain has earned raves for their hard-driving sound, their in-house songwriting and the honky-tonk edge that permeates their exhilarating live performances, whether in a packed club or at a sold-out festival. The hearty base of Town Mountain's music is the first and second generation of bluegrass spiced with country, old school rock ‘n’ roll, and boogie-woogie. It's what else goes into the mix that brings it all to life both on stage and on record and reflects the group's wide-ranging influences – from the Grateful Dead's Jerry Garcia and the ethereal lyrics of Robert Hunter, to the honest, vintage country of Willie, Waylon, and Merle. The Bend Bulletin’s Brian McElhiney says Town Mountain, “has serious country and rock ’n’ roll DNA.” Town Mountain features guitarist and vocalist Robert Greer, banjoist Jesse Langlais, mandolinist Phil Barker, fiddler Bobby Britt, and Zach Smith on bass.

Released October 26th, Town Mountain's latest album New Freedom Blues (2018) is full of new material and features several guest artists including Tyler Childers who co-wrote one of the songs, Miles Miller (Sturgill Simpson, drummer), and other friends. Their prior album, Southern Crescent (April 1, 2016), debuted at #4 on the Billboard Bluegrass Chart while staying for ten weeks on the Americana Music Association's radio chart Top 40, and widely considered one of the best bluegrass albums of that year. 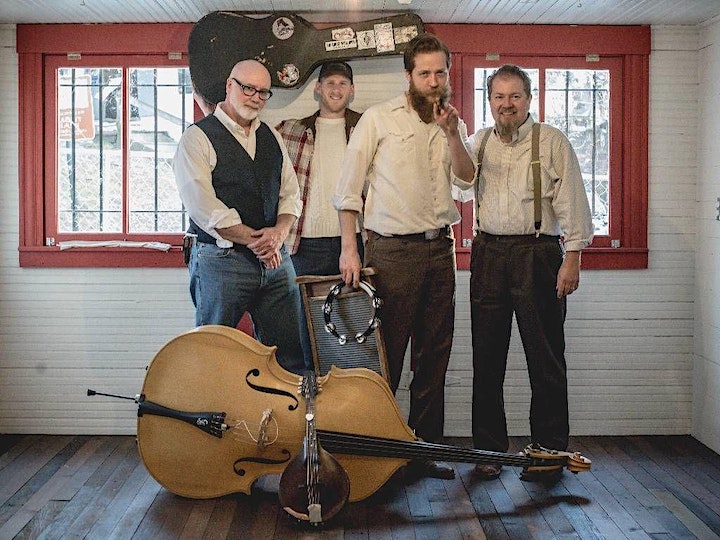 The Cincinnati-based ensemble Buffalo Wabs (as in ‘mobs’) and the Price Hill Hustle can be best described as ‘American’-- from the mountains to Music Row, blues-gospel to traditional country, the Hustle combines parts of the American-born genre catalogue to create an energetic experience every single night.

This four-piece moves from fast-paced, foot-stomping anthems to harmony-laden ballads and traditional dirges of spirit and labor. “The group started around the love of music that moves you,” says drummer/vocalist and band spokesman, Casey Campbell. “The music accompanies the story; and sometimes the music is the story by which we can all connect to one another.”

With the release of their third album, Stranger in the Alps, due March 15th, 2019, the Hustle aims to increase their original music portfolio while paying homage to select tunes that have had lasting impact on the band. “This album explores the first co-writing the band has undertaken,” says Campbell. “And through that collaborative process we’re beginning to find more complex voices, more adventurous tunes that bridge our influences even more than before.”

The new original material featured on Stranger in the Alps is a “cross-section of stylistic influences and voices,” says Campbell. “Oh, Ramona!,” written by Campbell, hearkens to the Piedmont Blues-era musicians, with tongue-in-cheek lyrics and a wry humor throughout. “Those old pickers knew how to tell a story; that’s the kind of vibe we’re after.”

The band also pays respects to some of the great influencers of American music on this latest album. “The covers we’ve chosen mean something to us; these are songs that still speak to us, and we want folks who may not know them to become familiar.” On the album’s third track, the band takes a full-steam-ahead approach to the iconic Leadbelly song, “Stewball,” an all-out fest that echoes the frantic speeds of a racetrack. “The intensity, the pace, it all builds from the first note to the last,” with help from acclaimed regional musicians Joe Macheret (The Tillers and Joe’s Truckstop) on fiddle and John K. Victor on harmonica. Macheret’s fiddle plays a pivotal role throughout the album; as Campbell notes, “Having such immensely talented friends is so beneficial when building the sonic landscape of a studio tune.”

As “Stranger in the Alps” is just hitting the market, the band already has its eyes set on the next project. “The wheels have been put in motion,” Campbell says, “and we’re ready to get the next batch out. It’s going to be a busy year.”

The Hustle has worked relentlessly through the Mid-Atlantic region, playing shows from south Minnesota to Asheville, North Carolina. As 2019 begins ramping up the band is eager to stretch its legs farther west, farther south, and beyond.

From large theaters to tiny bars, the show’s the same: heartfelt, real, a little loose, and sincerely fun. As the Hustle says, “If it ain’t fun, it ain’t worth it.”

Founded on the West Side of Cincinnati, the current lineup of the Hustle is starting its third year together. Anchored by the upright, Bill Baldock brings decades of experience and finesse to the

talent pool, having been based around Nashville, TN, for many years while playing for a litany of revered industry professionals. Primary soloist Scott Risner does the same; now based in Cincinnati, Risner has also been a staple in the circuit for over thirty years, playing with such renowned acts as Alison Krauss and JD Crowe and the New South. Founding members Matt Wabnitz and Casey Campbell have been picking out heavy-hearted tunes for a decade together. Campbell, an Alabama native, brings a gospel-vocal sense to the arrangements while Wabnitz’ distinct hammering of the strings and raw vocal power sets the tone.

“We play music that we connect to, whether it’s an old find or a new line. We want it to mean something, every time.”

The members of Buffalo Wabs and the Price Hill Hustle are: